Revelation 5 - The sealed scroll with 7 seals, Sermon by Wilfred 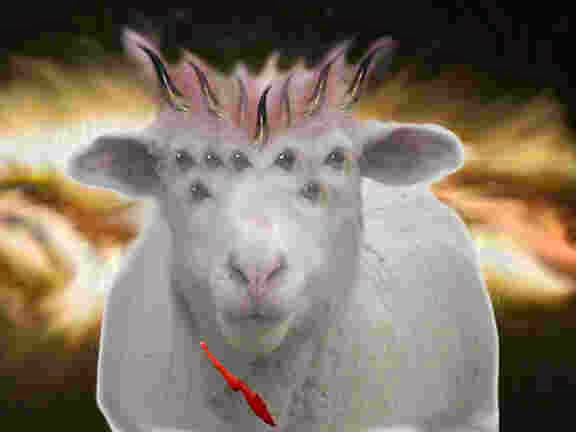 The scroll was of papyrus or leather. Pieces of fragile papyrus about 10 inches wide were pasted together to make a long roll. The Old Testament was written on these scrolls. It was a painful labor to copy without errors the rolls, therefore a very costly and precious piece. One scroll contained a part of the Old Testament book. The complete Old Testament was kept in the synagogue. And on the Sabbath, a roll was requested to read from (Luke 4:16-20). Normally only on the inside was written. Here in Revelation the roll was written on the inside as well as the outside and sealed with seven seals. A scroll written on the inside and outside was called an opishograph, representing the fullness of the divine foreknowledge and counsels. History will not end until God's purposes has fully consummated.
In the Roman world seven seals were normally used at a testament. A testament was witnessed by seven witnesses who applied each his own seal to the testament.
The clue to this roll is Ezekiel 2:1-10. There Ezekiel needs to prophesy against the impudent and stubborn house of Israel, which we can compare with the impudent and stubborn people today. The scroll he saw was written on the front and on the back, and there were written on it words of lamentation and mourning and woe. Like this scroll. This scroll contains the prophecy of the end events including salvation of people as well as God's judgment about the wicked.
The scroll was in the right hand of him who was seated on the throne. This person is God the Father? The Bible does not tell. We only know that the future of people rests in the hand of God the Father.

The contents of the scroll is completely hidden from every human eye. No one in Heaven nor on earth is able to open nor to look into it. However, verse 5 gives the solution. Jesus Christ Who died (testament) for the sin of men, and has risen from the dead, ONLY HE is allowed to open this scroll. He has paid the price!
The lion from the tribe Judah, the root Davids, is without question the Lord Jesus Christ who is born from the tribe Juda, from king David ( see the genealogy of Jesus Christ in Matthew 1:1-17). The Lord Jesus Christ is the only one, Who is qualified to open the scroll.

The Lord Jesus is also presented as the slaughtered Lamb at the Cross of Golgotha (1 Corinthians 5:7 "For Christ, our paschal lamb, has been sacrificed").
He has conquered, literally HE HAS WON THE VICTORY. Which victory?

Hebrews 2:14-15 He himself likewise partook of the same nature, that through death he might destroy him who has the power of death, that is, the devil, and deliver all those who through fear of death were subject to lifelong bondage.
Col. 2:15 He disarmed the principalities and powers and made a public example of them, triumphing over them in him.

It was Jesus Who partook in the human nature of blood and flesh. On the cross and resurrection He destroy death and thereby disarmed satan and principalities and powers (that is the evil powers) and He will send them after the Great Tribulation to the lake of fire.

The elders, creatures and seven spirits of God we already met in Revelation 4.
Now the Lion is transformed in verse 6 into a Lamb as though it had been slain. Jesus as the slaughtered LAMB on the cross for men's sin. Only on that base He is allowed to open the scroll. The significance of the lamb, we know from the Pascha. Isaiah 53:7-8

He was oppressed, and he was afflicted, yet he opened not his mouth; like a lamb that is led to the slaughter, and like a sheep that before its shearers is dumb, so he opened not his mouth. By oppression and judgment he was taken away; and as for his generation, who considered that he was cut off out of the land of the living, stricken for the transgression of my people?

The seven horns represents the fullness of power and strength (Deut. 33:17; Ps. 18:2, 112:9). The seven eyes represent the fullness of vision. Nothing is hidden from God, God sees into the heart and mind of men. He knows man's deepest motives and thoughts. His vision is at every place on earth, nobody can hide.

A new song is sung in Heaven: For Thou wast slain and by Thy blood didst ransom men for God, from every tribe and tongue and people and nation, and has made them a kingdom and priests to our God and they shall reign on earth. Without question, it must be clear that with "Thou" the Lord Jesus Christ is meant. Who died (was slaughtered) on the Cross of Golgotha, and Who has bought with His blood the believers. The Greek word translated by SLAIN is only used in Rev. 5:6, 9, 12 and 13:8 for the death of Jesus, but an echo of Isa. 53:7 He was "led to the slaughter". The believers come from all tribes of Israel, all languages, people and nations on earth. The believer is made a priest (Revelation 1:6 and He has made them a kingdom and priests to our God). Here is also stated that the Christian believer will reign as king on earth (which is repeated in Revelation 20:4).

The number of the myriads

Their number was myriads of myriads (total: 100,000,000) and thousands of thousands (total: 1,000,000) a number mentioned before in the Bible, in Daniel 7:9-10. The number 101,0000,000 gives a reasonable impression of the number of angels who are present to praise the Lord Jesus Christ. Can you imagine when a crowd of 101,000,000 praise the God the Father (Who sits on the throne) and Lord Jesus Christ with a loud voice? What a sound that would produce, Yes, indeed: The Lamb be all glory and honor and power forever. Amen!
Every creature in heaven and on earth and under the earth and in the sea. The creatures in Heaven are clearly the angels and the believers in Heaven. But what about on earth and under the earth and in the sea? Given the time, it is soon after the Rapture of the Church, so not yet saints killed in the Great Tribulation. I think we need to look at Genesis 4:10 The voice of your brother's blood is crying to me from the ground. Which I think means that animals, plants and trees are crying to God that Cain killed his brother Abel. Jesus cursed the fig tree. We have no knowledge about animals, plants and tree, but they are Gods creation (may we say creatures?). It also gives an idea of the multitude of angels who are present around the earth to protect the Christian believers against evil, Satan and the power of darkness (his evil angels).

Therefore, do not let us, Christian believers, forget what a power the Lord God has. A Heaven that can accommodate so many persons, that is God's creation for God is Almighty. God is the One Who will conquer Satan and his evil angels, and He is the One Who already reigns through the Holy Spirit, Who dwells in every Christian believer, throughout the earth. Therefore allow the Holy Spirit, to do His work in you, because the works of the Holy Spirit must be seen as God already reigns on earth resisting the evil (Satan and his followers). In order that progressively more people will learn that Jesus Christ is their personal Saviour and he saved them for eternity. Then they will become part of the multitude, who will worship the Lamb, the Lord Jesus Christ.

And if you have not yet accepted Jesus Christ as your personal Savior, D O    N O T    P O S T P O N E! Later it is too late, and then the Lord Jesus Christ will have taken up the church (the reborn) into the heaven. And as you remain on earth, then in the Great Tribulation you must opt for or against God in the time of the end. But then there will be no place for you in Heaven. Heaven is only ready for those who have chosen Jesus Christ as their Savior and Lord. If you choose for God in the time of the end, then you will live on the new earth and you will not be thrown into the lake of fire. But choosing for God in the time of the end will be very, very difficult and it will be even more difficult to persist until the end. Many will yield and choose in the end for the earthly powers to escape the tortures and torments. From that moment on you have rejected God and your destination is the lake of fire. So your escape will have been only a temporary avoidance of torture and torment, just to enter later into a eternal time of torture and torment.
Therefore do NOT postpone your decision, accept the Lord Jesus Christ, Who comes as a thief in the night (but soon now) no one knows at what time (the Lord comes). But remember an illness, heart attack or accident could mean your decision is made too late. Therefore, do not delay, for your own good. Ask the Lord Jesus Christ to come into your heart and let Him show you how you can come to Him. And keep asking until you have met Him! He is faithful, He is willing to listen to you and to assist you to enter the Christian faith: accepting Jesus Christ as Savior for your sins.
BUT that first step must be YOURS!