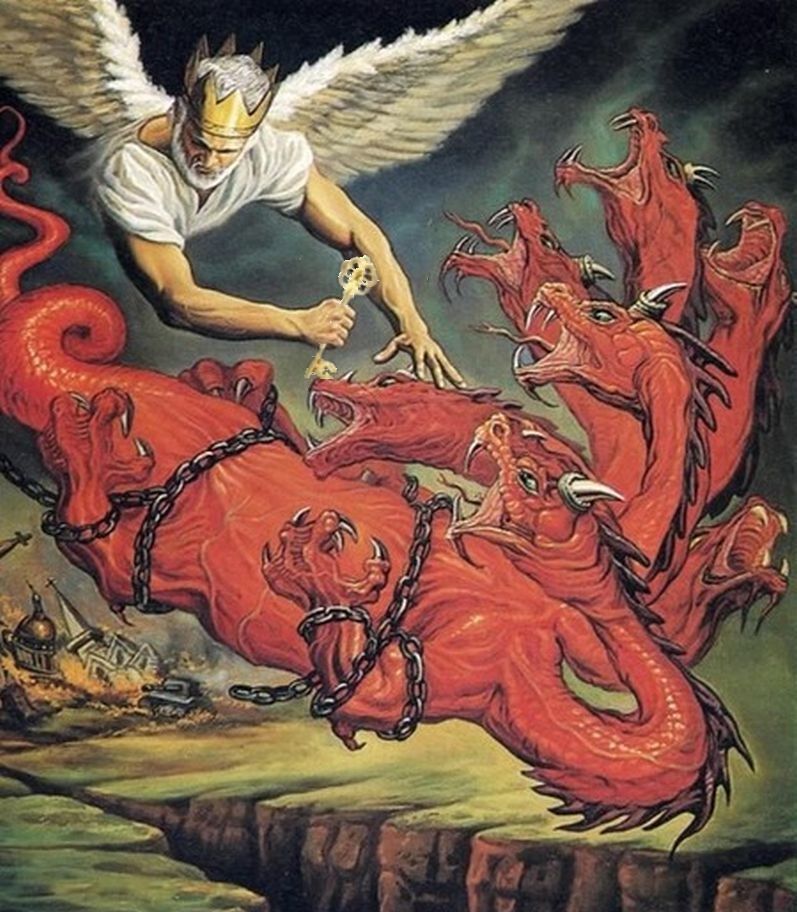 Satan bound for a thousand years

God sends His angel to the earth with a great chain to catch satan in order to throw satan chained in the bottomless pit. Then the bottomless pit is shut and sealed so that satan cannot escape and he will be kept there for one thousand years, during the millennium Kingdom and reign of Jesus Christ on earth.
The purpose is that satan cannot deceive people anymore on earth. Eve was deceived in the garden of Eden by satan. In this millennium, the true character of human being will be revealed. Jesus and His saints will reign and judge righteous over men. Men on the whole earth will have a complete FREE CHOICE to do and obey the commandments of God. Without any seduction and temptation from satan and demons.


Who will live in the Millennium Kingdom?

That is a big question. I found no answer on the Internet and in commentaries. So I shall give my opinion. They are the ones who have NOT accepted the mark of the Beast and have not worshipped the images of the Beast. But now I am doing a dangerous speculation, because the Bible does NOT tell anything about who are going to live in the Millennium. Will the abort babies and children who died before they had conscience, be raised from death (come to life, first resurrection) and get there an opportunity to decide for Jesus? We have no answer from the Bible.

Presently the Christians who live under the control of the Holy Spirit, they are the ones who will reign with Jesus. Because how could a Christian, who now is doing his or her own will, lives in the flesh, lives his or her own life, be a king in the Millennium? For he or she did not respect the commandments of God, therefore he or she never can fulfill and reign righteous in the 1000-years of Kingdom of Jesus. The present life on earth is the preparation of being a king in the Millennium! A king on earth normally speaking would have the knowledge to reign and has the welfare of his citizens in mind. If a 'Christian' now lives a selfish worldly life, no way he or she is suitable to reign as a king. All this suffering on earth is a to understand people, a training to perform righteous judgment like king Salomon (1 Kings 3:16-28).
Possible we are trained as well during the seven years in Heaven (and only the wise virgins were taken into Heaven) and the ones who were taken at the Rapture of the Church received a new sinless body equally to the resurrected body of Christ. Meaning receiving much wisdom in order to reign with justice.
Verse 4 informs us that also the ones who had not accepted the mark and not worshiped the image and were killed (the martyrs), they will become to life and reign as kings.
Whether everyone will be equal or whether there will be ranks in kingship, as in Moses (Exodus 18: 17-22) according to the growth in the spiritual life (from milk to solid food (Heb. 5: 12-14)) and degree that one put oneself as a believer under the Holy Spirit, the Bible does not mention.

Gog and Magog go to battle

After 1000 years, satan will be loosed out of the bottomless pit. The purpose is to reveal what is in the heart of men. During one thousand years men experienced how it is to live under a kingdom of full justice and righteous. It is to make plain that the ultimate root of sin is not poverty or social conditions or unfornate environment, it is the rebelliousness of the human heart and thoughts. Man cannot blame their sin and rebebellion upon circumstances or seduction. Now satan will come out to deceive the nations from all over the earth, the four corners of the world. Gog and Magog are a person and a country mentioned in Ezekiel 38. Gog is the ruler of the land of Magog. Here it is satan who gather the nations, like the sand of the sea, to battle against Jesus in the beloved city Jerusalem. However, not a single battle takes place. Fire comes down from Heaven and consumes all these evil men.

Satan thrown in the lake of fire

Satan is finally cast into the lake of fire where the Beast and the false prophet already are (Rev. 19:20). There they will reside forever. Day and night they will be tormented forever, without end.
The question is how can Satan who is a spirit be tormented by fire and sulphur? God knows that answer and is beyond our human understanding. However, look to verses 1 and 2, the satan is a dragon bound by a chain. Also during the 6-days war of Israel, the Egyptians SAW the angels of God like huge men. The angels walked with father Abraham. Satan and the fallen angels are angels, so they have a body?

The book of life

Verse 11 We have come to the end of the Millennium and now follows the resurrection of everyone from the dead. That is to say, anyone who stayed in Hades (inferno), as well as who stayed in paradise (Death), whether burried in the ground or throw in the sea. Let me explain MY thoughts. Looking to the story of the rich man and Lazarus, after death on earth, follows directly the separation between the bad and 'good' men. The wicked goes straight into inferno, the 'good' whose name is written in the book of live, go to paradise and stay there until this resurrection from death. ONLY the believers (wise virgins) in Jesus Christ are resurrected at the Rapture of the Church and taken into Heaven.

The second death, the lake of fire 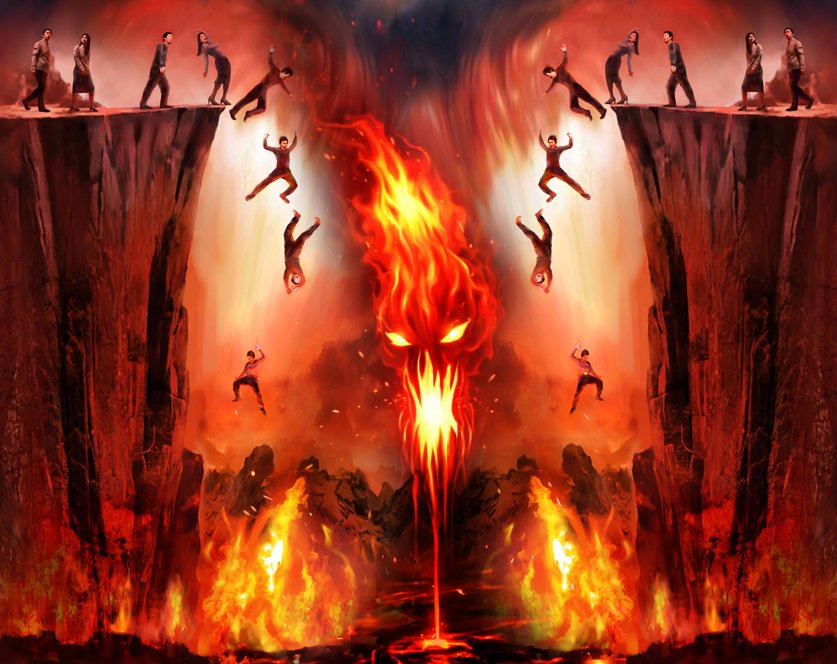 Everything a person (unbeliever or believer) does on earth, good or bad, is recorded in the books in Heaven. Every person will be judged on the basis of what is in the books. A clear example is found in Matthew 25:31-46. Here in Revelation 20:11-15 takes place the separation of Mat. 25:32 between the sheep and the goats. The 'good' sheep go to the New Earth. The wicked goats go to the lake of fire. They are the followers of satan. The lake of fire is prepared for satan and his fallen angels (mat. 25:41), not for men. But the wicked who chosed freely to follow satan, they will participate in the same place and share in his destiny. That is the second death which is the eternal death in the lake of fire.

Be very careful. Do not say, ah, so it is possible to be saved by 'good' works. That is a very false idea. I think that is ONLY limited to persons who were impossible to hear about the salvation of Jesus. For example who lived upon an island which was never reached by the gospel. Do not play with fire by thinking it is possible to be saved by 'good' works. Everybody in the 'western' world has access to the Bible, through Internet and churches. It is up to man to search for it, and for God. It is very clear that man is a sinner and IMPOSSIBLE to save himself.